PANGOLINS INTERNATIONAL TO LAUNCH NFT ART COLLECTION TO PULL PANGOLINS BACK FROM THE BRINK OF EXTINCTION.

A team including Nigeria-based conservationist, Maria Diekmann, is launching a collection of 10,000 unique digital art NFTs (Non-Fungible Tokens) to fund the creation of an international network of pangolin conservation centres designed to help combat the effects of poaching.

Pangolins are the world’s most trafficked mammals, with poachers selling them on to the Asian black market for their meat and scales, which are a valuable ingredient in traditional medicine. Over 100,000 pangolins are poached each year and, because it has typically been extremely difficult to successfully raise them in captivity, their numbers are plummeting. All 8 remaining species appear on the International Union for Conservation of Nature’s Red List of Threatened Species, with 3 classified as Critically Endangered. It’s estimated that pangolins will be extinct by the end of this decade if conservation efforts are not increased immediately. However, Diekmann’s research has now delivered ground-breaking methods which enable pangolins to be successfully rehabilitated and reared in captivity, prior to release back into their natural environment. Sales from the pangolin NFTs will fund the creation of a coordinated network of well-equipped pangolin conservation centres, all working to the same set of standards, using the same methodologies, and exchanging data and knowledge. Each centre will recruit from the local community and serve as an education hub.

UK-based artist, Dean Leybourn, and blockchain developer, Mark Meredith, were moved to propose the NFT fund-raising concept to Diekmann after seeing her work featured in an episode of the BBC’s Natural World. Diekmann immediately gave the project the green light, seeing how it could expedite her plans for multi-regional pangolin conservation.

“This isn’t just another charity fundraiser,“ says Diekmann. “This is conservation as it’s never been done before. Our project won’t just bring conservationists closer together, it’ll expand our community to include anyone who buys an NFT, allowing owners to get to know both the pangolins and the conservationists, and see what we’re achieving on a daily basis.”

“The NFT space is maturing,” says Leybourn, “and there’s a growing desire to look beyond their initial use solely as investment vehicles. We want to harness this energy to build a community determined to drive positive change in the real world – a key point of difference from most NFT collections.”

“NFTs are typically purchased with cryptocurrency,” adds Meredith, “but we’ll also be offering a payment card purchase option to allow a more mainstream audience to join the NiFTy Pangolins community, providing an easy way for crypto newbies to get into NFTs, support our cause and help raise awareness for pangolins.” 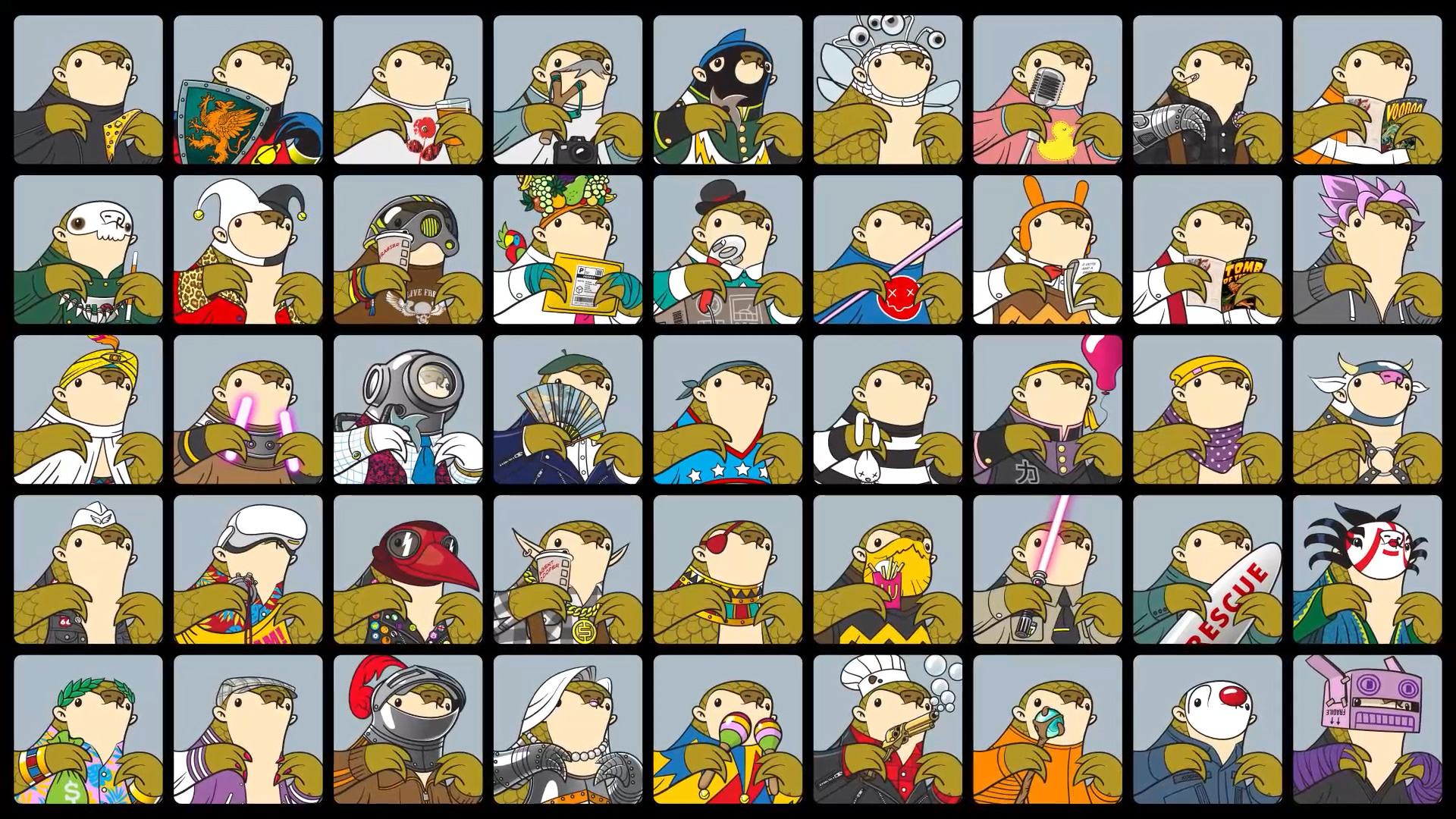 To evade poachers, 10,000 pangolins have dressed up as humans – but they're not particularly good at dressing themselves. Obviously.

To neutralise the common perception that NFTs generate an unsustainable amount of CO2, the team has timed the collection to launch directly after the Ethereum blockchain switches from its energy-intensive Proof-of-Work model to Proof-of-Stake, reducing its carbon footprint by 99.95%. Now, minting a NiFTy Pangolins NFT will generate less CO2 than growing and transporting a banana. At least double the CO2 generated by the collection will be offset using a carbon sequestration scheme operated by the Emerald Forest Reserve, the home of the primary conservation centre in Nigeria.

Sales of the NiFTy Pangolins NFT collection will start on September 22nd at www.niftypangolins.com.